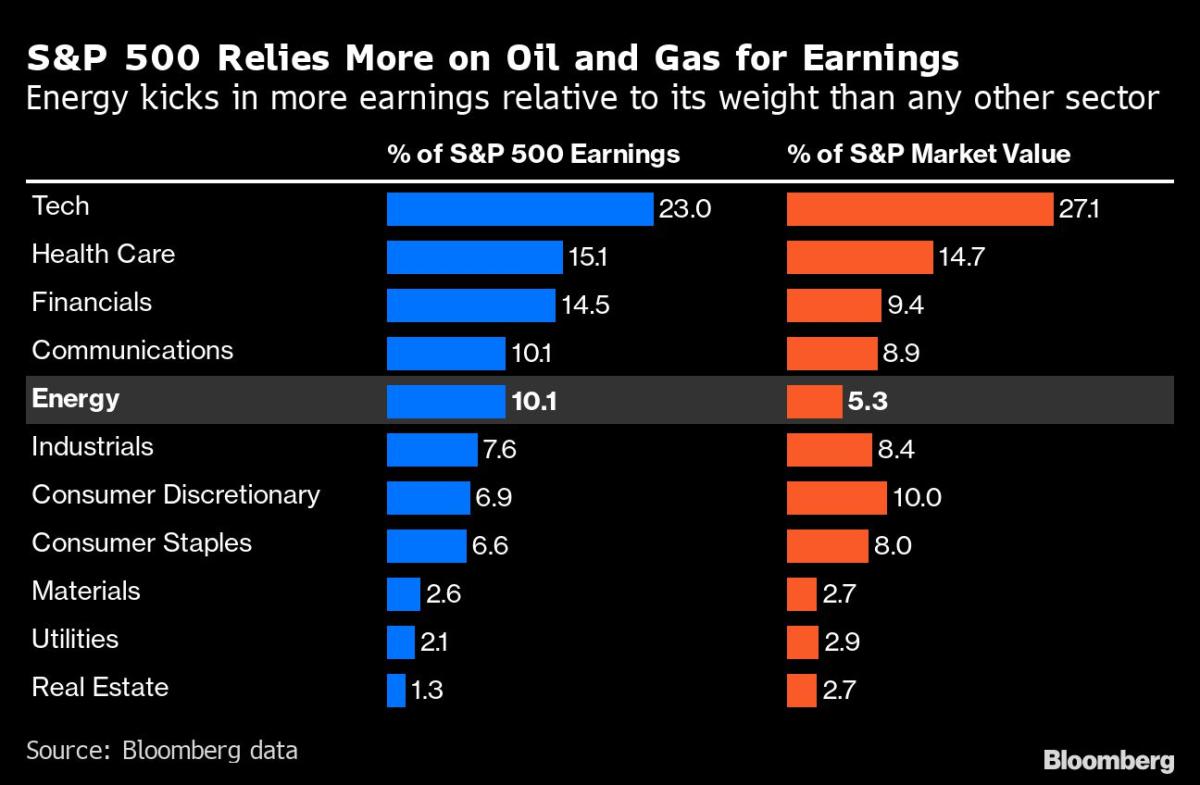 (Bloomberg) — Oil and gas companies’ contribution to the S&P 500 Index’s earnings has nearly doubled from a year ago as high commodity prices and spending discipline spur record profits while sectors like technology face recessionary headwinds.

Energy now represents more than 10% of the S&P 500’s estimated net income, up from 6.5% at the same time last year, according to data compiled by Bloomberg. Still, energy makes up only 5.3% of the index’s market capitalization even after a dramatic run-up in oil producers’ stock prices last year.

Analysts expect energy companies’ earnings to stay strong. Even though oil and gas prices have pulled back since the early phases of Russia’s invasion of Ukraine, they’re still higher than they’ve been for much of the past decade. And most producers declined to increase capital spending and ramp up output last year — contrary to the wishes of President Joe Biden — and instead used the windfall to pay back debt and return more cash to shareholders.

The strategy may not have pleased politicians or consumers, but it has succeeded in rehabilitating the energy sector in investors’ eyes after a decade of underperformance. And there may be more to come, especially as investors look for cash-yielding stocks to weather a potential US recession.