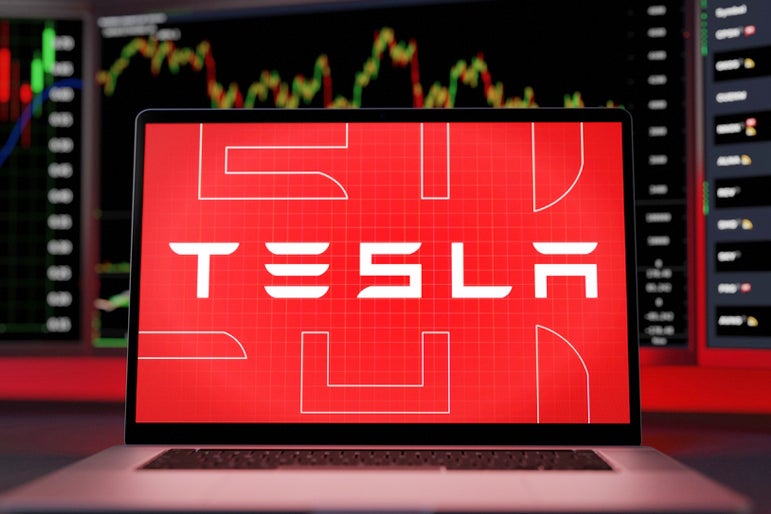 The tech space saw a brutal sell-off in 2022, with negative sentiment proving contagious and hurting the broader market too. Undeterred by the weakness, retailer investors made a beeline for one stock.

What Happened: One tech stock that saw steady buying by retail investors through the market downturn in 2022 was Tesla Inc. TSLA, according to data from Vanda Research, reported The Wall Street Journal.

See Also: Everything You Need To Know About Tesla Stock

The report said that net retail purchases of a basket of eight popular tech stocks peaked in November and dropped sharply through the end of 2022. Tesla, however, saw a steady interest through 2022 even when it plummeted to end the year with a loss of 65%, the report added.

Vanda’s study found that retail investors spent more money on Tesla shares in the past six years than in the past five years, the Journal said. The frenzy reached a peak on Jan. 10 when retail purchases of Tesla stock hit a record high of $316 million, it added.

“As markets took a big hit, we saw retail investors shift into their favorite tech stock rather than investing across the whole sector,” analyst Lucas Mantle from Vanda reportedly said.

Tesla stock ownership data show that about 45.92% of the outstanding shares are held by institutional investors and 16.33% by insiders, including CEO Elon Musk, leaving 37.75% ownership to investors, according to data compiled by Yahoo Finance.

The next major catalyst for the stock would be the EV maker’s first-quarter results due on Jan. 25. The stock has already discounted margin erosion due to the company’s multiple downward price adjustments during the quarter.

Forward outlook and commentary from the company’s management on the earnings call could provide near-term direction to the stock.

Read Next: Tesla, Microsoft, IBM, Intel, TI Among Companies Reporting This Week: Can Netflix’s Optimism Spill Over To Rest Of Tech Space?