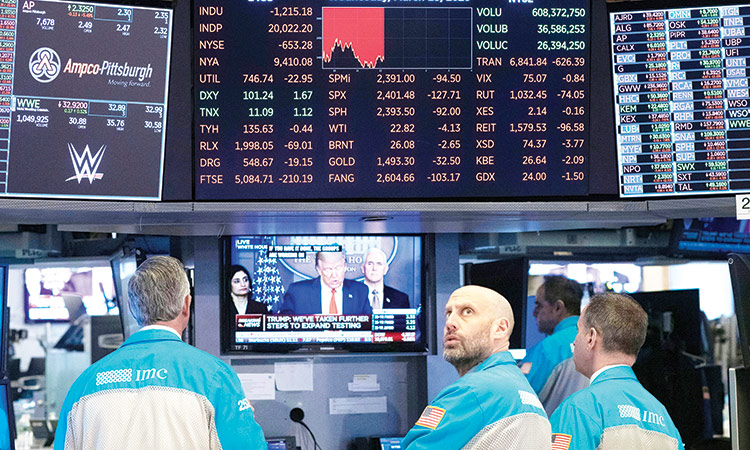 The individuals in charge of US fiscal policy are often thought to be among the most sober people in the world, so you may be wondering why we’re suddenly hearing ideas such as the minting of a trillion-dollar platinum coin or selling $100 face-value Treasury bonds for $200.

Sadly, the answer is simple: Infantile poseurs in the House Republican majority are threatening to block an increase in the federal debt ceiling. Again.

Republican brinkmanship over the debt ceiling has become almost an annual affair. It regularly causes shudders in the financial markets and warnings that provoking a federal default on Treasury securities — presumably the ultimate consequence of a long-term standoff — will have dire effects for Americans in all walks of life and for global economic stability.

Congressional Democrats have had many opportunities to remove this weapon from the arsenal of ignorant pyromaniacs in the Republican Party, most recently during the lame duck session in late 2022 when they controlled both houses of Congress and the White House. Inexplicably, they failed to do so, and here we are.

On Friday, Treasury Secretary Janet L. Yellen warned House Speaker Kevin McCarthy, as well as the other congressional leaders and key committee chairs, that the U.S. debt would reach the statutory limit Thursday, months earlier than had been expected. At that point, Yellen said, the Treasury would start taking “certain extraordinary measures” to stave off a default. These include suspending scheduled payments into government employee pension funds.

Yellen said that once the political impasse ends, the funds would be made whole. That may not be so easy, however.

As a result of a three-month standoff in 2003, one federal retirement fund permanently lost $1 billion in interest because it had to sell government securities before they matured in order to meet obligations to retirees.

Before delving further into the consequences of a debt ceiling standoff and the possible counteractions, let’s once again review what the thing is.

The debt ceiling is a federal law that sets a limit on how much debt the Treasury can sell. At this moment, the limit is $31.381 trillion, which was set by Congress in December 2021.

Obviously, what Congress decrees, Congress can undecree. The debt ceiling has been raised by congressional votes more than 91 times since 1960, generally without discussion, by Democratic and Republican majorities and under Democratic and Republican presidents. After Republicans took majority control of the House of Representatives in 2011, the debt ceiling turned into the raw material for political posturing. Typically, the GOP describes raising the debt ceiling as tantamount to encouraging profligate spending. That’s the case now, when members of the House Republican majority, who have threatened to block an increase in the debt ceiling unless it’s paired with spending cuts, are carrying on as if blocking an increase in the ceiling is the same thing as halting the growth of the federal budget.

That’s false. It has always been false. The politicians making these statements know it’s false, which makes them liars.

The debt ceiling merely affects how the government pays for expenditures that Congress has already authorized. If the politicians didn’t want to spend the money, all they would need to do is refuse to appropriate it. They haven’t done that. Instead, they’re behaving like credit card holders who have put more purchases on their cards than they feel like paying for, and thus have decided to stiff the card issuer in the belief that it will reduce their balances.

Why does the U.S. go through this stupid exercise, every nine months on average?

As I’ve explained many times, the debt ceiling was not originally meant as a limit on the Treasury’s authority to issue federal debt, but rather as a way to give it more latitude to borrow.

The debt ceiling came into being in 1917 when Congress grew weary of having to vote on every proposed bond issuance, which it considered a pain in the neck. So it chose instead to give the Treasury blanket authority to float bonds, subject to a stopgap limitation.

In other words, the limit was never designed to keep Congress from enacting any spending bills or deficit-building tax breaks it wished. Obviously, it has never had that effect, since Congress routinely approves spending that it knows, by simple math, will require more borrowing.

Every time the debt ceiling is held for ransom by Republicans (it’s never done by Democrats), some pundits warn that this time the hostage takers may be serious and others express confidence that it always seems that way but everyone knows the standoff will ultimately be resolved, so why worry?

The undercurrent of complacency arises from the notion that the U.S. has never experienced the dire effects of a debt ceiling breach. This idea was most succinctly articulated by Mick Mulvaney, the fiscal battering ram then-President Trump appointed as budget director, who once said of the consequences of a default on U.S. government debt: “I have heard people say that if we don’t do it, it will be the end of the world. I have yet to meet someone who can articulate the negative consequences.”