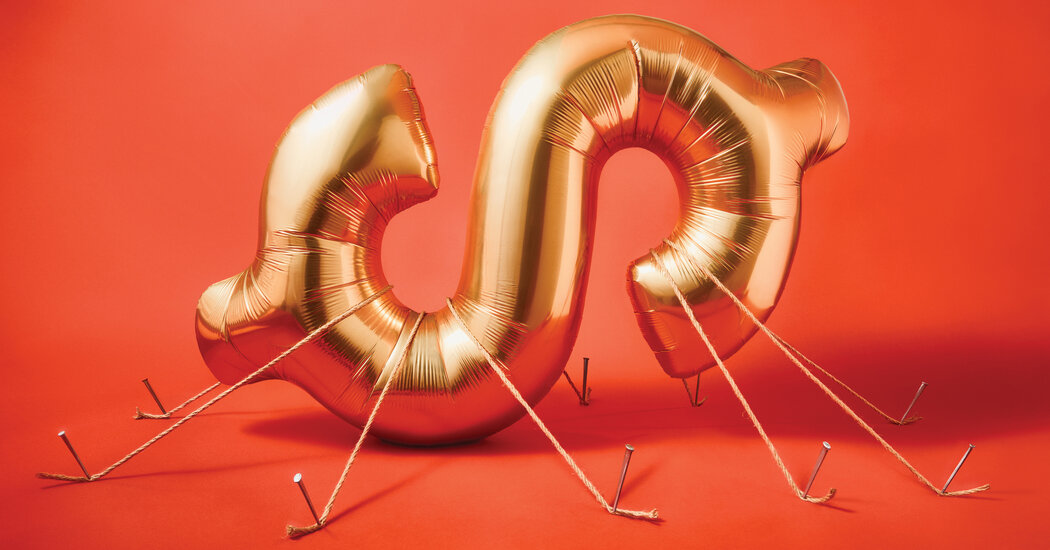 It can be argued that TARP worked, or at least didn’t fail: The financial system recovered, the program ended up costing less than initially projected and, as Kashkari likes to point out, the government ended up making a profit on the bailout of the banks. But it was wildly unpopular: While millions of Americans lost their homes and savings, the Wall Streeters who crashed the economy were rescued from their own greed and folly. Even though he became an object of scorn, Kashkari says he understands the rage that people felt: The bailout was antithetical to the spirit of capitalism, and as he puts it, “When you violate the core beliefs of a society, I think it leads to great anger.” The anger was exacerbated when none of the major culprits faced any legal reckoning. Kashkari says that TARP was necessary to save the economy but helped fuel the populist backlash that has destabilized our politics.

The 2007-9 crisis also prompted a change in how he thought about the world. Growing up in Akron, Ohio, he was the Alex Keaton of his household: While the rest of the family was politically liberal, he was a Ronald Reagan fanboy, drawn to the rugged individualism that Reagan championed. When Kashkari arrived in Washington years later, he was something of a free-market purist. The financial upheaval shattered his belief in unfettered capitalism. He now realized that “capitalism can get things, big things, really wrong” and that “it was important to have robust regulations to protect against the gravest risks.”

After leaving the Treasury Department in May 2009, Kashkari retreated to the Sierra Nevada, where he lived in a cabin, chopped down trees and helped Paulson write his memoirs. After his sojourn in the woods, he took a job with Pimco, a bond-trading firm in Newport Beach, Calif. But it was a restive period for Kashkari; the work didn’t enthrall him, and he was going through a divorce (he has since remarried and is the father of two young children). He eventually decided that, despite all the criticism and ridicule he faced because of TARP, he wanted to return to public service. In 2014, he won the Republican nomination for governor of California and faced the incumbent, Jerry Brown, in the general election. Kashkari ran a spirited, quixotic campaign — he spent a week living as a homeless person in Fresno — but was trounced by Brown, who won with 60 percent of the vote.

The following year, he was approached by an executive search firm that was helping the Federal Reserve Bank of Minneapolis find a new president. The Minneapolis Fed is part of a network of regional banks that make up the Federal Reserve System, which was created in 1913 and which is almost as complicated as the economy it helps manage. The Fed’s seven governors are based in Washington and are federal employees. All of them are nominated by the president and subject to Senate confirmation. The regional Fed banks are quasi-public — they were established by Congress but operate as private corporations and are owned collectively by banks in the areas they serve. Though the regional Feds all have boards that choose their presidents, every regional Fed president must be approved by the Fed’s governors. They then serve five-year terms.

Kashkari might have seemed an unlikely candidate to lead the Minneapolis Fed. He had no connection to the district that it represents, which includes Minnesota, Montana, the Dakotas, parts of Wisconsin and Michigan’s Upper Peninsula. In addition, he was not an economist; Fed officials are not required to be economists, but his five most recent predecessors at the Minneapolis Fed were. (Jerome Powell is not an economist, either, but he was a Fed governor for nearly six years before being promoted to chairman in 2018.) Kashkari’s run for governor figured to be another strike against him. The Fed zealously guards its independence from the elected branches and is sensitive to anything that suggests politicization. Kashkari feared that his foray into electoral politics would be a deal-breaker.

That turned out not to be the case: The Minneapolis Fed was looking for someone with policymaking and management experience, as well as a dash of charisma, and Kashkari was hired. He insists that he didn’t view the job as a chance for redemption, or as an opportunity to rehabilitate his image. But in the years since the financial crisis, he had grown increasingly troubled by issues like the racial wealth gap, and he believed that the Federal Reserve was uniquely positioned to shine a spotlight on them. It had not been overrun by partisanship and could objectively examine economic disparities in a way that Congress, say, could not. And Kashkari wanted the Minneapolis Fed to be at the forefront of this effort.

For many years, the Minneapolis Fed was a lodestar of what was known colloquially as “freshwater” economics, so named because it grew out of several universities in the Great Lakes region. In crudest terms, the freshwater camp believed that the economy could usually heal itself and that government intervention was generally unhelpful. This extended to the Fed and monetary policy: The freshwater view was that the central bank’s main job was to control inflation, and its adherents frowned on the idea of using interest rates to try to jump-start an ailing economy or — worse still — to boost employment. The global financial crisis, a cataclysmic market failure, was seen by many observers as a death blow for the freshwater school. That Kashkari, of all people, ended up at the Minneapolis Fed, of all places, was an intriguing coda to the events of 2007-9.