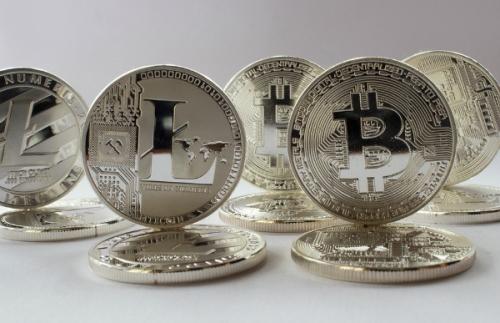 As of July 10, 2022, Celsius held cryptocurrency investments in “Earn Accounts” and identified nearly 600,000 such accounts with a market value of approximately $4.2 billion in cryptocurrency along with nearly $23 million in stablecoins.1 On July 13, 2022, Celsius filed for Chapter 11 bankruptcy in the SDNY and, soon after, several account holders moved to withdraw assets from their accounts.

In opposition, Celsius argued that these assets are its property, and not owned by the account holders, because the account holders consented to a Terms of Use agreement that legally transferred ownership of the assets to Celsius. Among the Terms of Use is an express grant of the title to the cryptocurrency assets to Celsius and an acknowledgement that the assets may not be recoverable in bankruptcy:

1. You will not be able to exercise rights of ownership;

2. Celsius may receive compensation in connection with lending or otherwise using Digital Assets in its business to which you have no claim or entitlement; and

3. In the event that Celsius becomes bankrupt, enters liquidation or is otherwise unable to repay its obligations, any Eligible Digital Assets used in the Earn Service or as collateral under the Borrow Service may not be recoverable, and you may not have any legal remedies or rights in connection with Celsius’ obligations to you other than your rights as a creditor of Celsius under any applicable laws.2

The account holders disputed the validity of the Terms of Use arguing that the use of “loan” and “lending,” when referring to the Earn Accounts, should be interpreted as one party retaining ownership and merely lending the property to a second party as a loan, as the term “loan” is colloquially understood.3 The account holders also asserted that statements made by Celsius’ CEO in videos, social media, and on the company’s website constituted oral modifications of the Terms of Use.4

The Court held that the Terms of Use were unambiguous and legally transferred ownership of the Earn Accounts assets from account holders to Celsius, finding the Terms of Use constituted a valid agreement because New York law overwhelmingly accepts “clickwrap” agreements as sufficient to constitute mutual assent.5

Notably, Celsius modified its Terms of Use several times with each modification prompting the presentation of a clickwrap agreement to the account holders. Celsius specifically required all account holders to affirmatively accept the modified terms, and the clickwrap agreement appeared as a pop-up with a hyperlink to the Terms of Use. The pop-ups appeared clean and compact and contained relevant information in a full-screen window.

The court found that these characteristics met the New York standard for “clear and conspicuous” Terms of Use.6 In addition, the court rejected the account holders’ arguments that Celsius modified the Terms of Use through advertisements, media uploaded to its website, social media, and by the oral statements of its CEO, finding statements like these are not offers, and an offer is a necessary predicate for any “amendment” to the Terms of Use.7

The court further found that the Terms of Use lawfully transferred ownership of the Earn Accounts assets from account holders to Celsius. The court held that the account holders who agreed to Terms of Use, specifically Terms of Use Version 5 or later, by signing up for a new account or continuing to use the platform with an existing account, entered a contract authorizing transfer of title and ownership of assets in Earn Accounts to Celsius,8  again rejecting arguments regarding the use of “loan” or “lending.”  The court concluded that even if the assets were loans or some lending instrument, the account holders would nonetheless be unsecured creditors.9 Importantly, the court made clear that the only issues decided in the instant decision are whether i) there was a valid contract and ii) that valid contract transferred assets to Celsius and specifically left room for the account holders to present future defenses regarding contract formation and breach of contract.

Accordingly, this important dispute over digital asset ownership is yet to be fully resolved.

9 Id. at 39. In addition, the court noted that to perfect a security interest in cryptocurrency, non-fungible tokens (NFTs), and other digital assets, one must file a financing statement in the digital assets as a general intangible. Id. at 40-41. Because no Account Holders provided such a financing statement, the court found arguments regarding the interpretation of the term “loan” were moot.