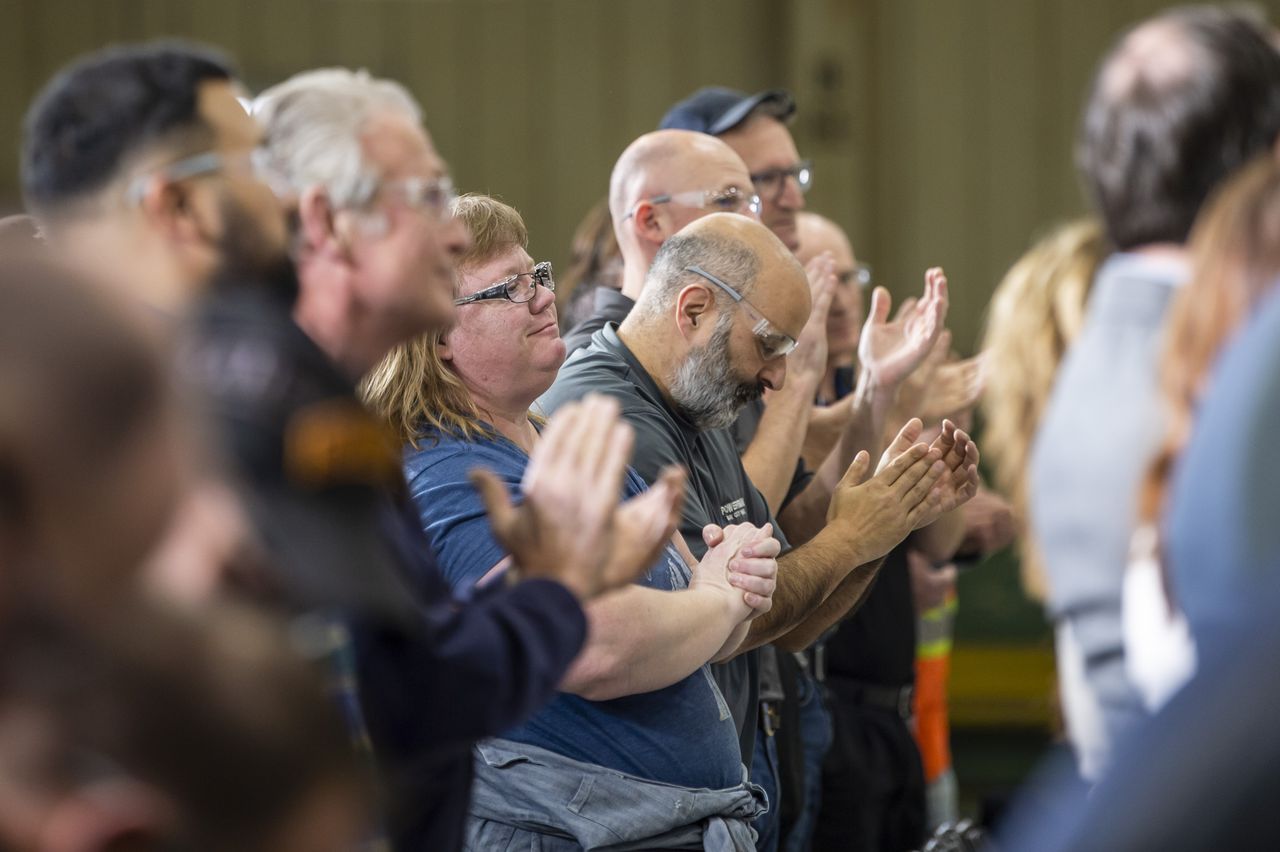 The announcement has local UAW members and community leaders feeling optimistic about the future.

“It’s huge. It’s huge to the community. It’s huge to the people in Bay City,” said Dave Gunlock, chairman of UAW Local 362. “There’s more work, and this is just the start. We’re going to continue to grow and grow.”

The Bay City investment will prepare GM Bay City Operations, located at 1001 Woodside Ave., to build camshafts, connecting rods and block/head machining supporting future V-8 production at Flint Engine Operations, according to GM officials, who on Friday made the announcement during a press conference at the Woodside Avenue facility.

“I’m here to share some great news about the future for the Bay City plant and GM’s commitment to manufacturing in the state of Michigan. GM will invest $216 million in Bay City to support the production of the all-new sixth-generation V-8 engine,” Trevorrow said, prompting a standing ovation from the crowd. “Since 2009, General Motors has invested over $300 million … so $216 (million) is a big jump. This will support a number of components used in the engine assembly.”

At the same time, company and elected officials gathered for a similar event at Flint Engine Operations, where GM will invest $579 million to prepare the plant to assemble GM’s sixth-generation family of small block V-8 gas engines along with the related block, crank and head machining. The press conference at the Bristol Road plant in Flint was expected to be attended by top officials for GM, the United Auto Workers, U.S. Rep. Dan Kildee and Lt. Gov. Garlin Gilchrist.

Ciare Primus, a group leader who will have worked at the Bay City plant for a year on Tuesday, Jan. 24, said Friday’s announcement gives her, her colleagues and the entire community a sense of security.

“The investment in Bay City means our plant, employees and community will have a secure future,” she said. “This will provide and maintain meaningful jobs for the entire tri-county area.”

The Bay City plant currently employs 425 people and runs three shifts. This new investment is a capital investment and will retain those jobs, according to GM spokesperson Elizabeth Winter.

These mid-Michigan investments are part of GM’s plans to invest $918 million in four U.S. manufacturing sites, including $854 million to prepare these facilities to produce the company’s sixth-generation small block V-8 engine and an additional $64 million in Rochester, New York and Defiance, Ohio for castings and components to support EV production, according to a GM news release issued Friday.

These investments will enable the company to strengthen its industry-leading full-size truck and SUV business and continue to support the company’s growing EV product portfolio, the release stated. Product details, timing, performance and features related to GM’s next-gen V-8 engine are not being released at this time.

GM is a global company officials say is focused on advancing an all-electric future made possible by its Ultium battery platform, which will power everything from mass-market to high-performance vehicles. GM, its subsidiaries and its joint venture entities sell vehicles under the Chevrolet, Buick, GMC, Cadillac, Baojun and Wuling brands.

A look back at 2022 business openings, closures in mid-Michigan