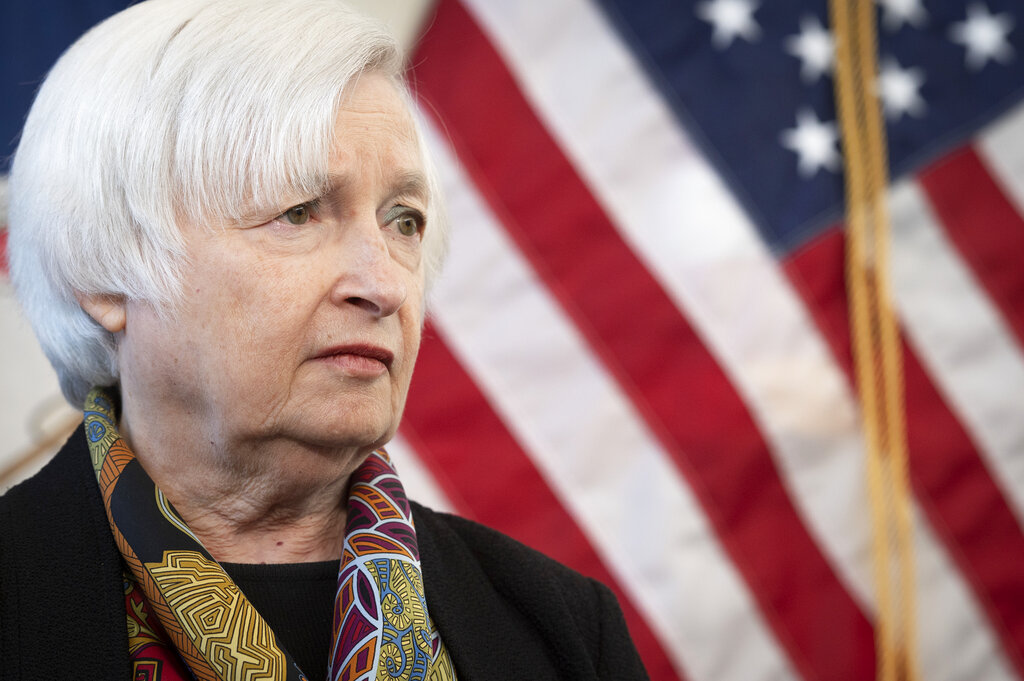 WASHINGTON — The U.S. government bumped up against its debt limit Thursday, prompting the Treasury Department to take “extraordinary” accounting steps to avoid default — as friction between President Joe Biden and House Republicans raised concern about whether the U.S. can sidestep an economic crisis.

The Treasury Department said in a letter to congressional leaders it had started taking “extraordinary measures” as the government had run up against its legal borrowing capacity of $31.381 trillion. An artificially imposed cap, the debt ceiling has been increased roughly 80 times since the 1960s.

“I respectfully urge Congress to act promptly to protect the full faith and credit of the United States,” Treasury Secretary Janet Yellen wrote in the letter.

Markets so far remain relatively calm, given that the government can temporarily rely on accounting tweaks to stay open and any threats to the economy would be several months away. Even many worried analysts assume there will be a deal.

Biden and and House Speaker Kevin McCarthy, R-Calif., have several months to reach agreement as the Treasury Department imposes measures to keep the government operating until at least June. But years of intensifying partisan hostility have led to a conflicting set of demands that jeopardize the ability of the lawmakers to work together on a basic duty.

Biden insists on a “clean” increase to the debt limit so that existing financial commitments can be sustained and is refusing to even start talks with Republicans. McCarthy is calling for negotiations that he believes will lead to spending cuts. It’s unclear how much he wants to trim and whether fellow Republicans would support any deal.

Asked twice on Wednesday if there was evidence that House Republicans can ensure the government will avert a default, White House press secretary Karine Jean-Pierre said it’s their “constitutional responsibility.”

“We’re just not going to negotiate that,” Jean-Pierre said. “They should feel the responsibility.”

“Why create a crisis over this?” McCarthy said this week. “I mean, we’ve got a Republican House, a Democratic Senate. We’ve got the president there. I think it’s arrogance to say, ‘Oh, we’re not going to negotiate about pretty much anything’ and especially when it comes to funding.”

Senate Republican Leader Mitch McConnell said Thursday in Louisville, Kentucky, that he was unconcerned about the situation because debt ceiling increases are “always a rather contentious effort.”

“America must never default on its debt,” McConnell said. “We’ll end up in some kind of negotiation with the administration over what are the circumstances or conditions under which the debts are going to be raised.”