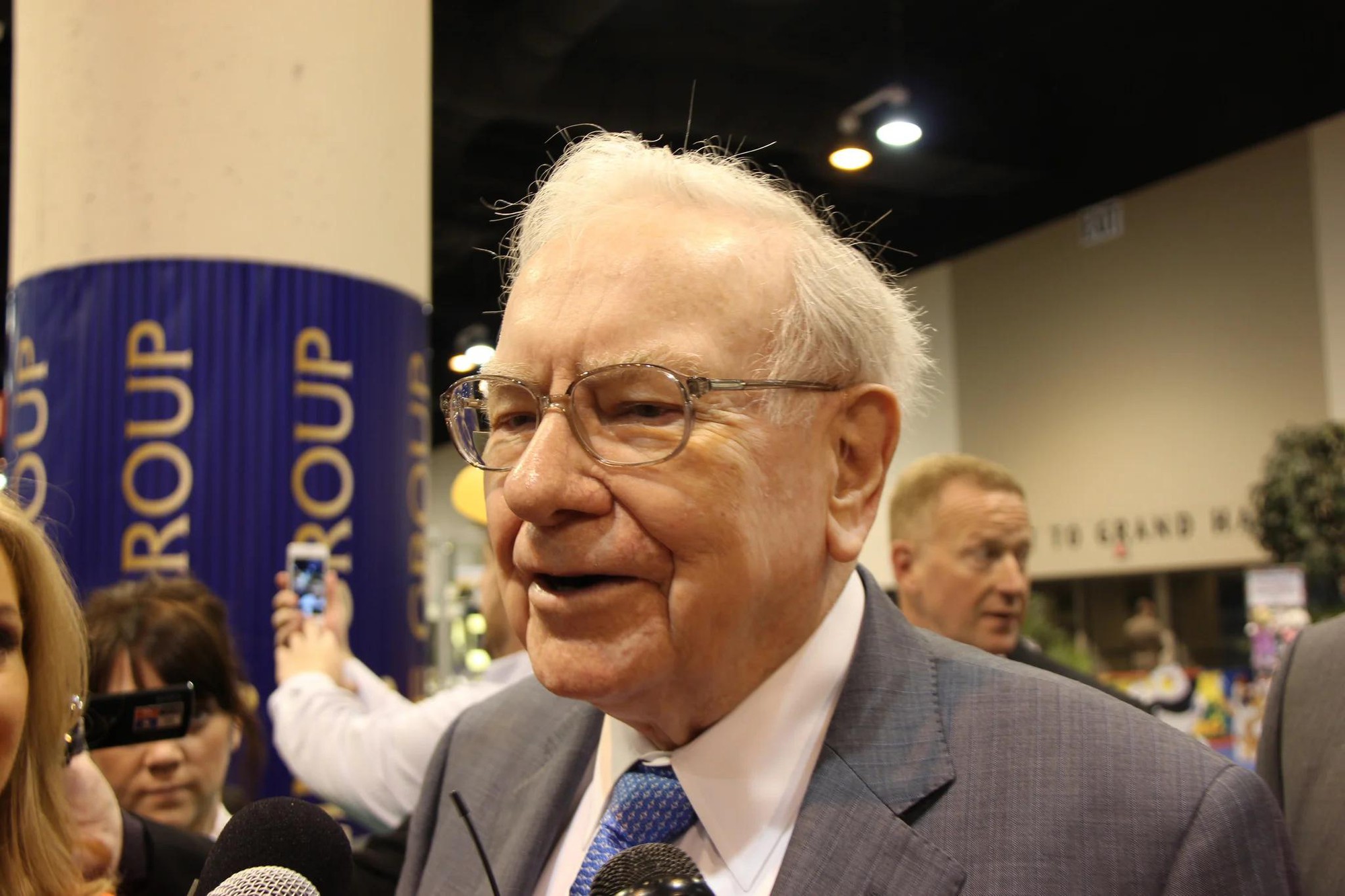 Buffett has stated in the past that he doesn’t like having too much cash sitting around. However, he wants to find stocks that meet his high standards before investing even a dime. It’s a pretty good bet that the legendary investor will be able to find great candidates in the new year. Here are three stocks that Buffett is almost certainly buying in 2023.

This one is practically a no-brainer. The stock that Buffett is most likely to buy in 2023 with Berkshire Hathaway’s massive pile of money is, without question, Berkshire itself. How can we be so certain that Buffett is buying Berkshire shares? Just look at the past — and the present.

Berkshire bought back its own shares in each of the first three quarters of 2022. I would especially point out the buybacks in February and March of last year. The average prices of Berkshire’s Class B shares in those purchases were $312.14 and $322.88, respectively. Berkshire’s current share price is lower than both levels.

The company can buy back shares anytime Buffett and Berkshire vice-chairman Charlie Munger think that the stock is below its intrinsic value. The only caveat is that Berkshire’s cash stockpile can’t fall below $30 billion. Since Buffett and Munger clearly believed the stock was below its intrinsic value at a higher price than it is now, there’s little doubt that Buffett will be buying more Berkshire shares.

There’s a high probability that Buffett is buying Apple (AAPL 0.04%) these days. Buffett views Apple as one of Berkshire’s “four giants” — businesses that make up a big chunk of the company’s value. It’s the only one of the giants that isn’t a Berkshire subsidiary. But it’s not surprising that Buffett includes Apple — it’s by far the biggest holding in Berkshire’s equity portfolio.

Berkshire bought additional shares of the tech giant in Q1 and Q2 last year. Buffett told CNBC in May 2022 that he scooped up more of the stock when it declined in April. He added: “Unfortunately, the stock went back up, so I stopped. Otherwise, who knows how much we would have bought?”

Why is Buffett very likely adding to Berkshire’s already-huge position in Apple? The price is right. Even with a small gain in January, Apple’s share price is still near its lowest point last year — when Buffett was buying. It stands to reason that he would view the latest pullback as a buying opportunity.

Occidental Petroleum (OXY 1.94%) ranked among a small group of stocks that enabled Buffett to beat the market in 2022. Unlike Berkshire and Apple, Occidental’s valuation isn’t as attractive now as it was throughout much of last year. So why would Buffett buy shares of the oil and gas producer in 2023?

There’s a real possibility that Occidental could become Berkshire’s fifth giant. In August 2022, Berkshire secured approval from the Federal Energy Regulatory Commission to acquire up to 50% of the oil company.

At last count, Berkshire owned a 21.4% stake in Occidental. Buffett has a lot more buying to do to get anywhere close to the 50% threshold.

He’s probably not concerned about the increased valuation with the oil stock still trading at only nine times expected earnings. I would be highly surprised if he doesn’t pick up a lot more shares of Occidental this year.

Should you buy them, too?

It’s not wise to automatically buy stocks just because another investor does — even if that investor is Buffett. However, I think that Berkshire Hathaway, Apple, and Occidental are all smart picks for ordinary investors right now.

The long-term prospects for all three companies remain bright. And their valuations are attractive. Copying the legendary investor’s likely moves with these three stocks in 2023 could pay off handsomely over time.