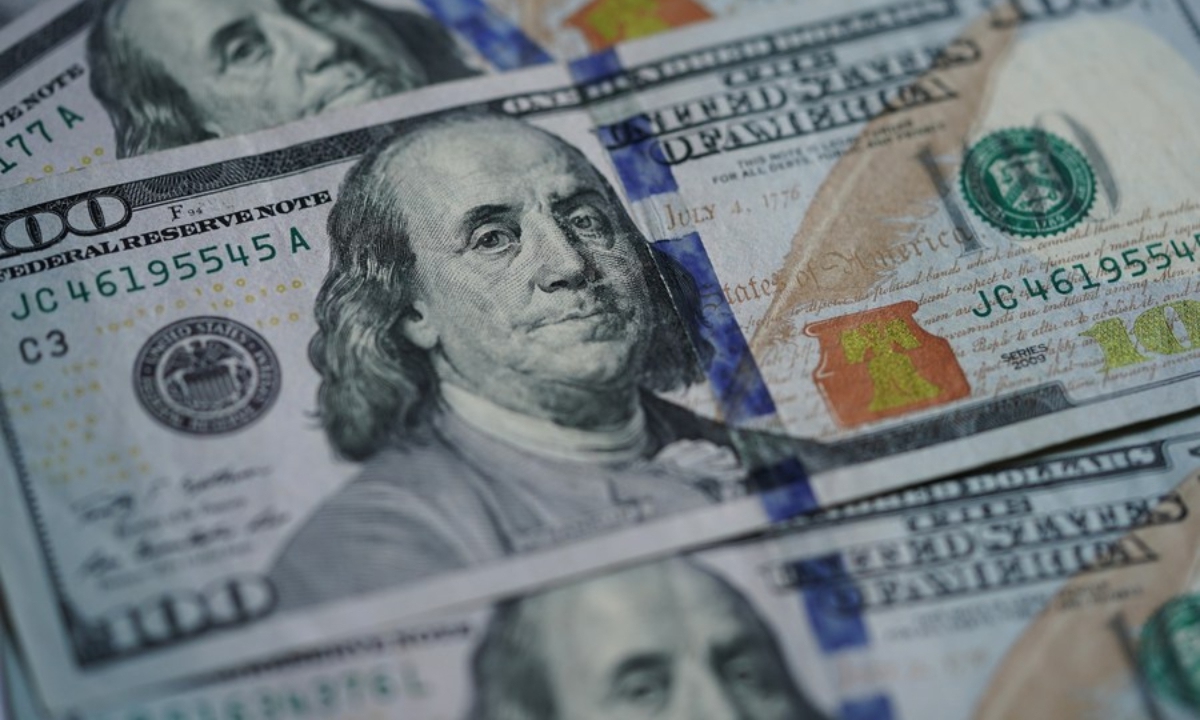 A divided Washington is threatening to push the global economy to the edge of a cliff, as the US’ galloping national debt edged closer to the $31.4 trillion statutory ceiling on Thursday, Chinese experts said on Thursday.

Political fights over the debt ceiling issue occur very often in the US, which in theory could lead to an unprecedented default by the world’s biggest economy on its national debt – a disastrous event for the global economy. Given such risks, experts urged the US to appropriately manage the issue.

The debt ceiling is the amount of money the US Treasury is authorized to borrow to pay its financial obligations, including Social Security and Medicare benefits, tax refunds and interest payments on outstanding national debt.

Currently, the ceiling is about $31.4 trillion, and the limit is expected to be reached on Thursday. If it’s hit, the US government will be unable to increase its outstanding debt.

However, political tensions within the US Congress have led to a standoff, as the Republican lawmakers insist on federal spending cuts in return for agreeing to lift the debt ceiling and avoid a possible default.

“This shouldn’t be an additional risk that the US or the world should have to deal with,” IMF official Gita Gopinath said at the World Economic Forum in Davos, according to media reports.

If the problem isn’t handled correctly, it may lead to a US government shutdown, while debt and interest payments would squeeze the government’s spending in other aspects, Gao Lingyun, an expert at the Chinese Academy of Social Sciences in Beijing, told the Global Times.

It will exacerbate global market unease if the US government raises the debt limit and borrows more, Gao said, while declining US yields would affect global investors’ confidence in buying US bonds.

According to data released by the US Treasury on Wednesday, China reduced holdings of US Treasury debt by $7.8 billion in November to $870 billion – the lowest since June 2010.

“The debt ceiling should be the last shield to protect the healthy development of the US economy. However, the US government irresponsibly used the dollar over recent years to stimulate the domestic economy through large-scale borrowing. An unprecedented US debt default may occur, which will cause catastrophic harm to the fragile global economy,” Dong Shaopeng, a senior research fellow at the Chongyang Institute for Financial Studies at Renmin University of China, told the Global Times on Thursday.

The US debt ceiling has been revised 104 times since 1940, or once every nine months. Most of the revisions were to lift the ceiling to meet the US government’s spending, according to media reports.

In December 2021, the US Congress raised the debt ceiling to $31.4 trillion. Due to the swelling US borrowing, investors across the world increasingly doubt the “safe haven” nature of US debt, with many countries accelerating de-dollarization in their currency settlements.

After maintaining a currency peg to the US dollar, Saudi Arabia now is open to discussions about oil trade in currencies other than the dollar, Bloomberg reported on Tuesday, citing its finance minister’s interview in Davos.

Meanwhile, South African Foreign Minister Naledi Pandor told Sputnik that the BRICS (Brazil, Russia, India, China and South Africa) club of emerging market economies wants to find a way of bypassing the dollar to create a fairer payment system that would not be skewed toward wealthier countries, the media outlet reported on Wednesday.

In its latest Global Economic Prospects released on January 10, the World Bank predicted that the world economy will grow by 1.7 percent in 2023, with its forecasts revised down for 95 percent of advanced economies and nearly 70 percent of emerging market and developing economies.