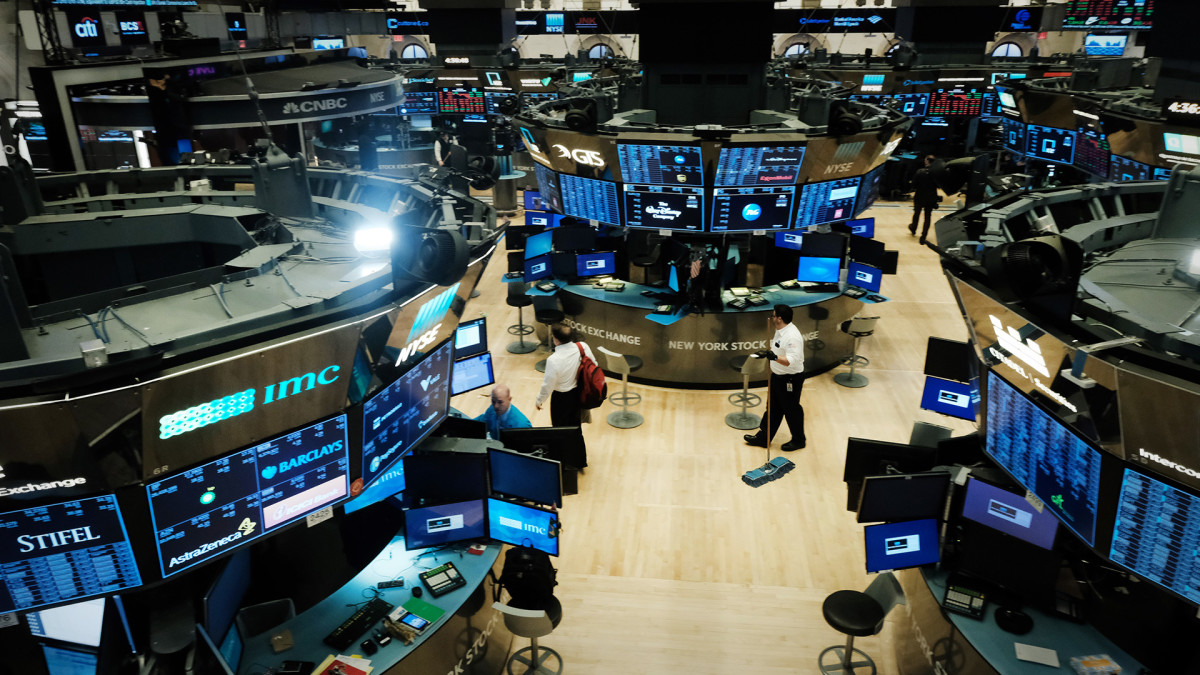 U.S. equity futures extended declines Thursday, while Treasury bond yields continued their recent declines, as investors adjust for a potential U.S. recession while taking in another round of hawkish comments on rate hikes from a trio of officials from the Federal Reserve.

A twin set of disappointing economic data Wednesday, including weaker-than-expected December retail sales and a slump in manufacturing activity around the New York state region, helped push stocks firmly lower into the close as investors continue to worry that the Fed may overreach in its rate hike path and choke off growth prospects in the world’s largest economy.

Microsoft’s  (MSFT) – Get Free Report unveiling of a bigger-than-expected round of job cuts, which will eliminate around 10,000 jobs worldwide, also rattled stocks, which had their biggest single-day decline in nearly a month, while the Fed’s ‘Beige Book‘ reading of economic activity showed elevated wage pressures set against muted near-term optimism from contacts around the country.

Comments from Fed officials that followed, including from Cleveland Fed President Loretta Mester, added to that concern, after she told the Associated Press that “I just think we need to keep going” on rate hikes and projected a peak Fed Funds rate that is north of 5%.

That view, echoed by Philadelphia Fed President Patrick Harker and St. Louis Fed president James Bullard in remarks to the media yesterday, challenged moves in the bond market, where a rally in prices continued to push yields lower — while bets on smaller Fed rate hikes continue to accelerate — as traders see weaker growth, declining corporate earnings and slowing inflation as signs of an eventual Fed pullback.

Benchmark 10-year Treasury note yields slipped another 2 basis points in overnight trading to 3.361% in overnight trading, the lowest since September, while 2-year notes were pegged at 4.061% and the U.S. dollar index fell 0.19% against its global peers to 102.711.

The CME Group’s FedWatch is indicating a 93.3% chance of a 25 basis point rate hike from the Fed on February 1, up from around 76.7% this time last week, with traders expecting the Fed Funds rate to peak at a range of between 4.75% and 5% in the early spring.

Heading into the start of the trading day on Wall Street, futures tied to the the S&P 500 are priced for a 30 point opening bell slide while those linked to the Dow Jones Industrial Average are set for a 245 point pullback following last night’s 600-point slump. The tech-focused Nasdaq is priced for a more modest 105 point decline

Tesla  (TSLA) – Get Free Report fell 1.8% amid reports that it’s extending delivery times for Model Y deliveries in Germany after Brandenburg’s Economy Minister Joerg Steinbach told a union conference that the carmaker’s Berlin factory “has to grow up a bit more”.

In overseas markets, the the region-wide MSCI ex-Japan index fell 0.3% into the close of trading, while Tokyo’s Nikkei 225 fel1 1.44% following last night’s sell-off on Wall Street.