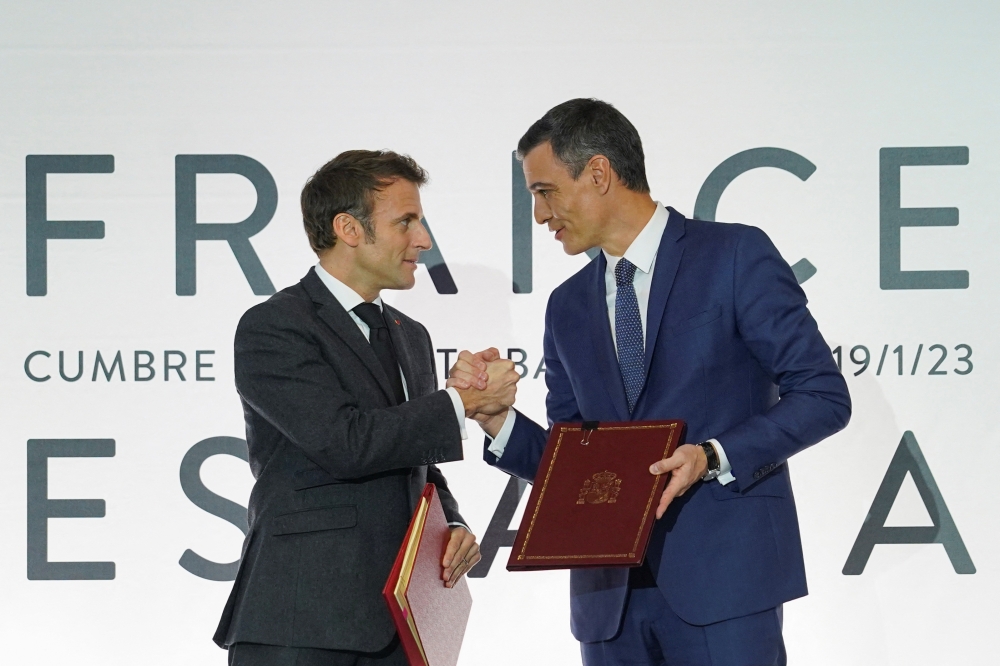 Barcelona: French President Emmanuel Macron and Spain’s Pedro Sanchez said on Thursday they had agreed a common position on how to respond to a brewing trade dispute with Washington over alleged protectionism.

“We are both aware of the fact that we need to react in a very proactive way” to Washington’s massive investment plan to accelerate the US transition to green energy, Macron said after the two leaders signed a treaty in Barcelona.

Europe fears the Inflation Reduction Act (IRA), which will pour billions of dollars into climate-friendly technologies, will distort transatlantic trade to give American companies an unfair advantage.

“Europe is facing a critical moment because of the (Ukraine) war, but also because of trade decisions being taken by Europe’s allies such as the United States,” said the Spanish prime minister as he stood next to Macron.

“We welcome the fact that the United States is joining the shift to green energy, but I believe we have to reach an agreement in which this commitment… does not mean the deindustrialisation of Europe,” he said.

Europe is currently trying to obtain exemptions to the IRA to minimise the harm to its industries.

But Macron, who has denounced the plan as “super aggressive”, wants Brussels to quickly follow suit with a similar massive initiative to avoid a flight of European companies relocating to take advantage of the US subsidies.

Seeking Madrid’s backing for his uncompromising stance on the brewing dispute with Washington was a key aim of his visit to Barcelona and on Sunday he will meet with German Chancellor Olaf Scholz to drum up further support.

Last week, the European Internal Market Commissioner, Thierry Breton, told a business forum in Madrid that the EU was planning new subsidies to promote in-house green technologies and to counter the US plan, which European carmakers see as protectionist.