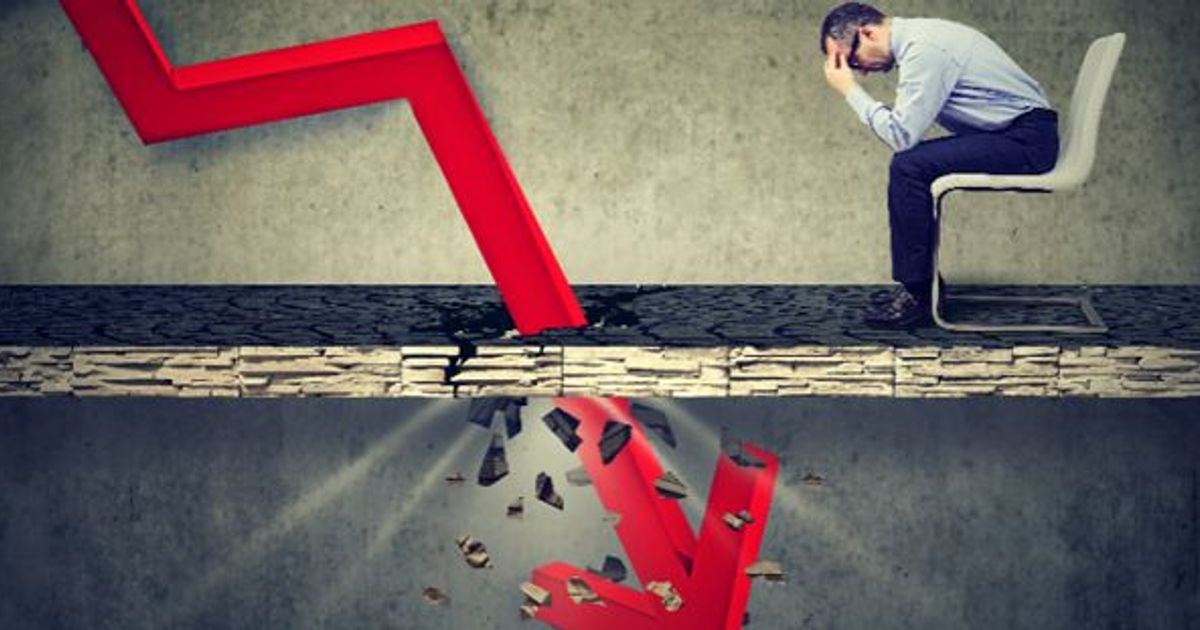 The benchmarks are slumping yet again in this shortened trading week.

“Having seen the biggest one-day decline this year in yesterday’s trading, US markets have continued the softer theme today, opening lower even as weekly jobless claims fell to their lowest level since September last year at 190,000,” said Michael Hewson, chief market analyst at CMC Markets UK. “Building permits and housing starts for December both declined, falling 1.6% and 1.4% respectively.”

Meanwhile, earnings season is in full swing, with big names like Netflix Inc reporting after the bell Thursday.

Investors were seeing red again on Thursday as the release of another slew of economic data pushed the major indexes lower.

Among the data released this morning was the Philadelphia Fed Manufacturing Index, which rose in January coming in at -8.9, up from -13.7 in December and ahead of the Street’s expectation of -11.

Pantheon Macroeconomics chief economist Ian Shepherdson noted that this index’s readings for the past few months suggested that manufacturing was merely weak rather than collapsing, at least in the Philadelphia region.

“This is something a relief after the plunge in the Empire State index, which probably was hit harder by severe weather,” he said. “We need more data to be sure, but for now we’re just relieved the picture isn’t worse.”

Meanwhile, initial jobless claims for last week fell to their lowest level since September, underscoring the continued strength of the American labor market despite inflationary pressures.

“This result may be surprising given the surge in job cut announcements in recent months, however, I do expect claims to rise across the first half of the year but predicting the exact timing of the lift-off is difficult,” he said.

He continued: “Tech and cryptocurrency companies have been at the heart of job-cutting headlines in recent weeks with Microsoft being the latest to announce a cutting of 10,000 jobs from its global workforce.”

6.30am: Recessionary fears weigh on sentiment

Wall Street is expected to open lower after a slew of poor economic data on Wednesday heightened fears that the US is heading into recession, with the Federal Reserve still intent on raising interest rates.

Futures for the Dow Jones Industrial Average fell 0.6% in Thursday pre-market trading, while those for the broader S&P 500 index dropped 0.7%, and contracts for the Nasdaq-100 also declined 0.7%.

Markets ended sharply lower on Wednesday following the release of worse-than-expected industrial production and retail sales data for December. Despite producer inflation numbers for that month also coming in softer than expected, the Fed reiterated its stance yet again for a likely terminal interest rate of over 5%

“The S&P 500 had its worst day in a month and the Dow Jones faded by more than 600 points as investors booked profits following a decent run-up in the first two weeks of January,” commented Neil Wilson at Markets.com. “After a blistering start to the year, it’s not a great surprise that some softer economic data is an excuse to sell.”

“But bad news is not just yet translating into good news as the Fed is not for budging from its agenda just yet,” Wilson continued. “Whilst markets still think the Fed is going to cut later this year, even the most optimistic investors realise it’s not done with hiking yet.”

“For once bad news really was bad news, rather than a positive because of the implications it might have for interest rates,” Mould said. “Weak US retail sales suggested consumers’ resilience may have been pushed beyond breaking point. This undermined the hypothesis of a ‘soft landing’ for the US economy with inflation easing before rates have inflicted too much pain.”