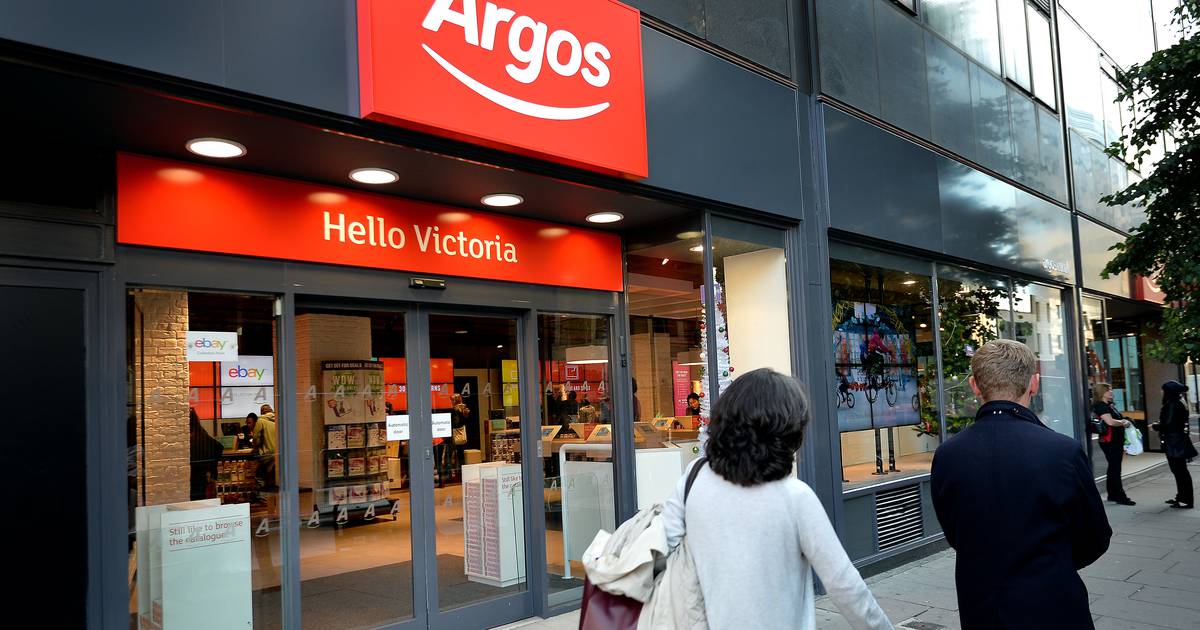 The surprise is not so much that Argos will have closed the doors of all its Irish shops by summer, but that it has been able to keep them open for so long in the face of some harsh trade winds.

When it arrived in Ireland in the mid-1990s, opening its flagship shop in the newly minted Jervis Centre, it brought with it a mix of novelty value and old-school value that was all but impossible to compete with for indigenous retailers, many of whom greeted its arrival with deep suspicion.

It afforded Irish people, unfamiliar with the word “flatpack”, access to the cheap-as-wood-chip home furnishings of variable quality that people in the UK had been enjoying since 1973. Almost everything had to be bought sight unseen from absolutely enormous in-store catalogues after which it was delivered, via a complex series of conveyors belts, to a front desk.

The purchases had to be transported – no matter what size or weight they turned out to be – by the shopper without so much as a trolley to aid them in their journey home, after which they had to be frequently assembled with the aid of dozens of dowels and incomprehensible line drawings.

Neither the internet nor Ikea had yet to make much of an imprint on Irish consciousnesses back then, so Argos had the playing field largely to itself with Habitat serving as a competitor – a far more expensive competitor.

Argos played that field well. An early assessment of its stock offering, carried in this newspaper in the spring of 1996, commented on the “astounding” prices and the “good value which is producing feverish queues”.

But as the years passed the queues became less feverish before largely disappearing and the playing field that Argos once had to itself became very crowded indeed.

When the Swedish flatpack king Ikea opened in Ballymun in 2009 it almost immediately hoovered up much of the business that would in times past have gone straight through the doors of Argos.

Ikea was bigger and brasher, often cheaper and always more stylishly, laid out with shoppers allowed to actually see and hold the products they were considering buying before handing over any money. And while Ikea only had one store in the Republic compared with the dozens that Argos had, it was absolutely enormous and it was far easier to transport heavy furniture from the tills to the car.

But Ikea was only one threat that challenged the dominance once enjoyed by Argos – and it was not even the biggest one.

The internet had only started to enter public consciousness and at a very low level as Argos opened in Ireland and Jeff Bezos had only started selling books from his now-fabled garage in Seattle.

But while it would have been hard to imagine at the time, the retail game in Ireland and across the world was on the cusp of change, which would ultimately put massive pressure on all bricks and mortar retailers, but particularly the likes of Argos because in many ways it was a physical manifestation of the virtual world that was barrelling down the tracks towards it.

Like the online retailers of today, it sold products people could not feel or touch first and delivered them in cardboard boxes, albeit to the front of the store rather than direct to people’s homes. It also made much of the sheer volume of stock it sold, with its catalogues carrying upwards of 60,000 items.

By any measure that is a large number but it is one that was soon to be absolutely dwarfed by the millions of products found for sale on the internet.

It has tried to compete with the likes of Ikea and Amazon and the countless other retailers who are in its space today and has moved away from key elements of its past.

In 2020, it jettisoned its printed catalogues after almost 50 years. It was a big step with close to 1 billion copies printed twice a year, first in the UK and then here, making it second only to the bible as a presence in British homes.

“Over the decades the Argos catalogue has charted the nation’s changing tastes and trends in everything from must-have toys to the latest gadgets and devices,” Mark Given, the chief marketing officer at Sainsbury’s, which owns Argos, said at the time.

“Just as our customers’ tastes have changed over the years, so have their shopping habits. We are seeing an increasing shift towards digital shopping, using our mobile app, website and in-store browsers. Closing the book on the catalogue will help us focus on delivering exciting and inspiring digital shopping experiences to meet the changing needs of our customers.”

But moving more into the online space has not been the answer it might have hoped it would be – at least in Ireland – and it has struggled in recent years. In an account statement published before Christmas, it said its Irish arm reported a fourfold increase in pretax loss to €13.06 million while sales had declined by 21.5 per cent to €133.76 million.

The costs included the closure of several stores and in the statement the directors warned that they would “continue to review its portfolio of stores in light of the changing retail environment and the development of the company’s online offering”.

It has been a different story in the UK where Argos enjoyed a happy Christmas as sales of televisions, air fryers, clothes dryers and tablet computers were said to have done particularly well with shoppers opting for click and collect – largely over concerns that the UK home delivery network would let them down.

It has been helped in the UK by the relationship it has with its parent company Sainsbury’s, which has given it more than 1,000 points of presence including 253 standalone stores, 422 Argos stores inside Sainsbury’s stores and an Argos click and collect option inside more than 400 other Sainsbury’s stores.

Its footprint here is much smaller and maybe and it has concluded that the “investment required to develop and modernise the Irish part of its business was not viable and that the money would be better invested in other parts of its business”.

The biggest impact of that brutal conclusion will be felt among more than 500 employees who will lose their jobs in the middle of a desperate cost of living crisis and a challenging environment as the reshaping of retail in Ireland will continue without Argos.

And just like UK operators such as Debenhams and Littlewoods – and homegrown ones including Roches Stores, Clerys and Guineys, which have all long since shut up shop – it will soon become a footnote in the history of Irish shopping and a warning to others about the increasingly perilous and utterly ruthless nature of the world in which they do business.