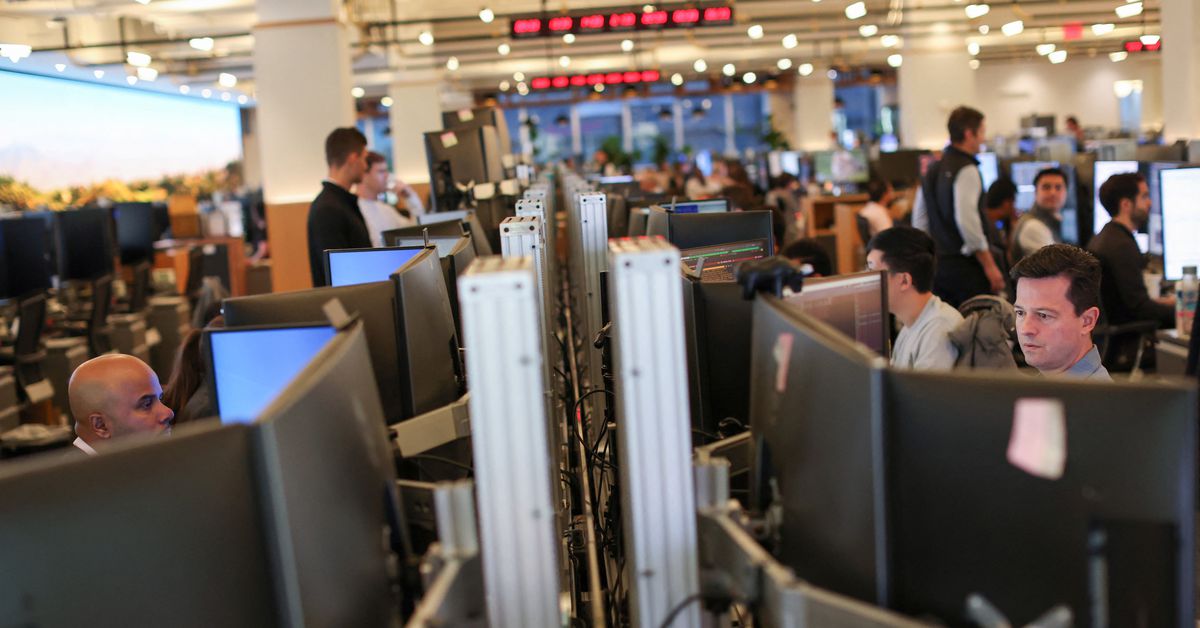 At Bank of America Corp (BAC.N), FICC revenue jumped 49% to $2.3 billion, lifting the trading division’s full-year revenue to the highest since 2010, the bank’s earnings report on Friday showed. At Citigroup Inc (C.N), revenue from fixed income surged 31% to $3.2 billion in the fourth quarter, while at JPMorgan Chase & Co (JPM.N) it climbed 12% to $3.7 billion.

FICC traders are enjoying a renaissance after years in the doldrums. In a throwback to the 1970s inflation is roiling economies again. Protectionism is back. And economic data sends a buzz through trading rooms, minus the shouting of previous eras.

“Another strong performance in trading helped make up for the industry-wide decline of investment banking activity,” JPMorgan President Daniel Pinto wrote in a note to employees. The bank’s markets division posted its second-highest annual revenue on Friday.

Bond specialists in the $22 trillion Treasuries market are in high demand as the Federal Reserve and other central banks have aggressively raised interest rates over the past two years. The traders expect to stay busy as growth slows, the pandemic recedes, fighting continues in Ukraine, and U.S.-China tensions simmer.

Their comeback coincides with economic policy makers dusting off their pre-2008 playbooks. After the financial crisis, central bankers in the United States and advanced economies steadied markets by holding interest rates near zero. But when the pandemic hit, they ramped up stimulus to avoid economic disaster. The reversal of those policies has roiled markets.

“There has been no shortage of extraordinary, once-in-a-generation-type events, responses and implications,” said Ashok Varadhan, co-head of Goldman Sachs’ newly merged global banking and markets division in New York. “That’s been a catalyst for activity and opportunity” for clients, he said.

“This is the type of market where that old-school fixed income skill set comes into play more than ever,” said Billy Hult, who became chief executive this month. Hult gives the company’s interns copies of “Liar’s Poker” to press his point.

“There’s money to be made in fixed income again” for bond investors, said Jefferies President Brian Friedman. “Before it was the search for yield; now it’s a choice of yield.”

Fed officials on Thursday expressed relief that inflation eased in December, paving the way for a possible step down to a quarter point interest rate increase when they meet Jan. 31. Markets are watching the Fed closely for signals.

“If you went to any one of our traders right now in any asset class – equities, mortgages, commodities – they would tell you they are trading U.S. interest rates,” said Troy Rohrbaugh, global head of markets at JPMorgan, who traded currency options earlier in his career.

“Volumes remained elevated for much of 2022, and investors have been looking for an indication of when inflation is going to turn. When it does, I would expect their risk appetite to immediately increase,” Rohrbaugh said.