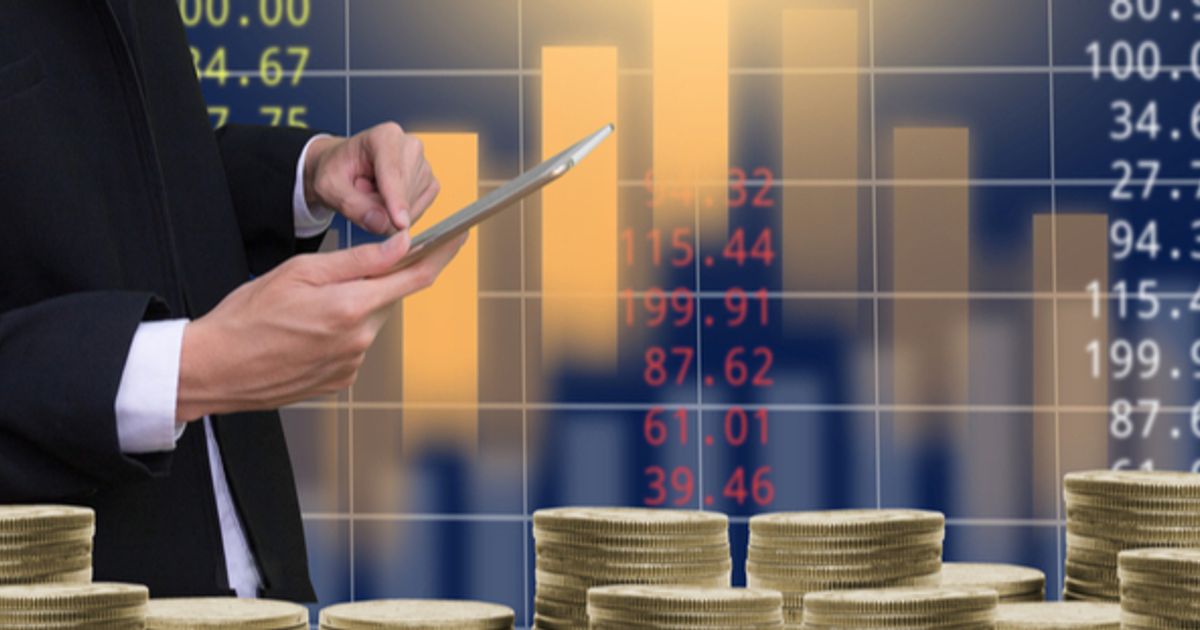 4:05pm: US stocks all end on positive note

US markets ended the day firmly in the green after a volatile trading day marked by a slate of big bank results.

“Stocks got the inflation reading they wanted, putting them in a forgiving mood for the start of earnings season,” IG’s Chris Beauchamp wrote.

“Some better GDP figures from the UK and Germany added to the cheerier atmosphere on Friday, and while equities might look a bit overextended in the short-term, they do seem poised for a better start to the year than many had feared.”

The benchmarks are up and down Friday but are headed for a winning week if things hold.

Traders are also digesting US retail sales data heading into next week.

“US retail sales saw a bigger than expected decline in November of -0.6%, their biggest fall in 11 months, even as consumer confidence starts to rise in the wake of falling energy prices,” said Michael Hewson, chief market analyst at CMC Markets UK. “It was notable that the biggest falls came in the more expensive categories of cars, electronics, and furniture, while sales in restaurants and bars rose, the fourth successive month that we’ve seen an increase. The sharp slide in spending does suggest that higher rates are starting to have an impact despite a resilient labor market.”

US stocks started the final day of the trading week on the backfoot as big bank earnings put a damper on sentiment.

Forex.com market analyst Fiona Cincotta said while stocks were heading lower today, they were still set to record gains across the week boosted by cooler inflation and optimism the Federal Reserve will show more restraint with raising interest rates in its upcoming meetings.

“Optimism from earlier in the week is today being replaced with caution and stocks could end of the week on a sour note as traders digest a slew of earnings from the major banks,” Cincotta said.

JPMorgan Chase & Co and Wells Fargo & Co fell 2.9% and 5.3% respectively on their earnings reports, as did the Bank of America Corporation, shedding 1.3% despite posting better-than-expected earnings.

Delta Air Lines also lost about 6.3% after the airline reiterated its full-year profit forecast despite reporting a quarterly profit beat.

6.30am: Big banks to release their 4Q earnings

Wall Street is expected to open mixed on Friday as the market focuses on corporate earnings reports that are likely to reveal a weaker fourth quarter for banks and tech companies in particular.

Futures for the Dow Jones Industrial Average rose 0.1% in pre-market trading, while those for the broader S&P 500 index fell 0.1% and contracts for the Nasdaq-100 shed 0.3%.

The bar has been set low as banking heavyweights JPMorgan, Bank of America, Wells Fargo, and Citigroup, as well as fund manager Blackrock get the ball rolling with their 4Q earnings today, commented Ipek Ozkardeskaya, senior analyst at Swissquote Bank.

According to FactSet, S&P 500 companies could post earnings growth of -4.1% for the quarter to December 31, 2022. That would mark the first time the index has reported a year-over-year earnings decline since 3Q 2020, the financial data company said.

The financial sector is also expected to post negative earnings growth for the last quarter. While higher interest rates are good for banks’ interest income, a too-rapid rise in the rates threatens credit quality, loan growth, and net interest margins, she said.